Flying sandwich:
how it is been shot?

Ekaterina Sidonskaya was born in a small town in the south of Russia Tsimlyansk. She's a Ph.D. in biology and has been a photographer since she was 12. The first question that arises whenyou look at her work is: how is this been shot? We were very interested, and talked to Catherine about it.
‍
- How was this picture taken? Tell us how the whole process of its creation went, from the idea to the finished picture.
‍
-It's pretty simple, I mean, I'd say it's not that hard to take a picture like that. I love to create dynamics, a small story, some movement in my work so that the viewer can think of the story himself. Then looking at them is much more interesting than looking at a static picture. At first, I wanted to create a flying hamburger - a lot of these photos are foundin advertising - and I thought about the process of creating such a picture. But since I like healthy food, I said to myself on the day of shooting: "Why would I dwell on the hamburger, why not create a flying healthy sandwich? And one of the components will definitely be a fried egg." I felt like it.
All I bought was bacon and found everything else in my fridge. A few years ago, I read a book by the famous food photographer Lou Manna, where he told me the secret of preparing bacon for shooting, and this information was very useful tome that day. I put the bacon on the grill in the oven, which gave the fried pieces a beautiful ribbness and volume. I made the egg in a frying pan in a metal ring to keep the edges flat. Then I cut out a small plate of fresh tomatoes from a transparent plastic package and put a fried egg on it, holding it on one side with my finger. During post-processing, the plastic was removed and the finger was retouched. The cheese was photographed hanging on a thin line and I held the bacon and salad with tweezers. 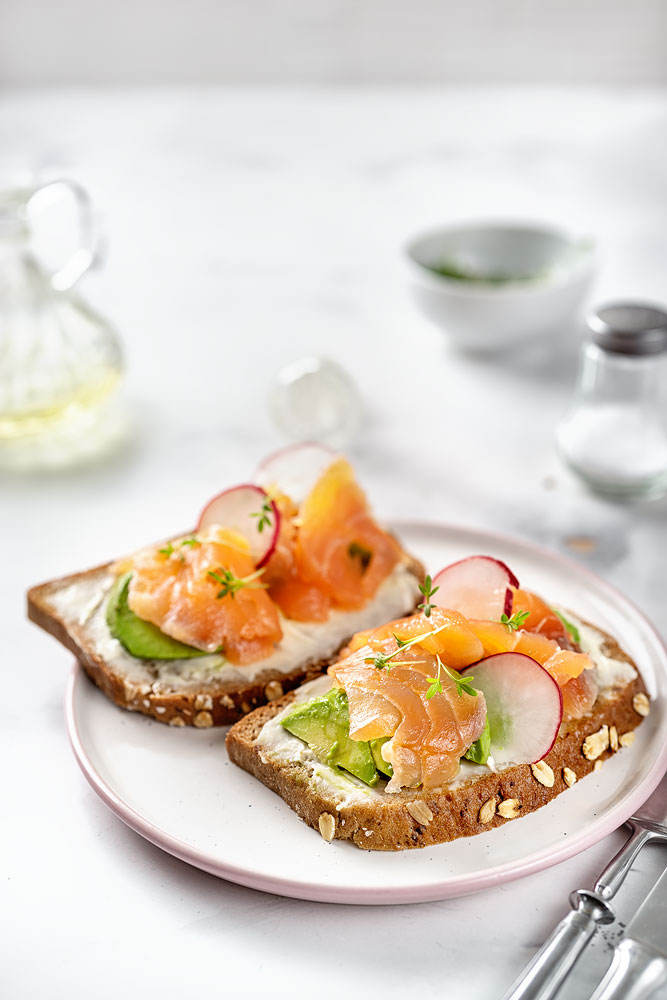 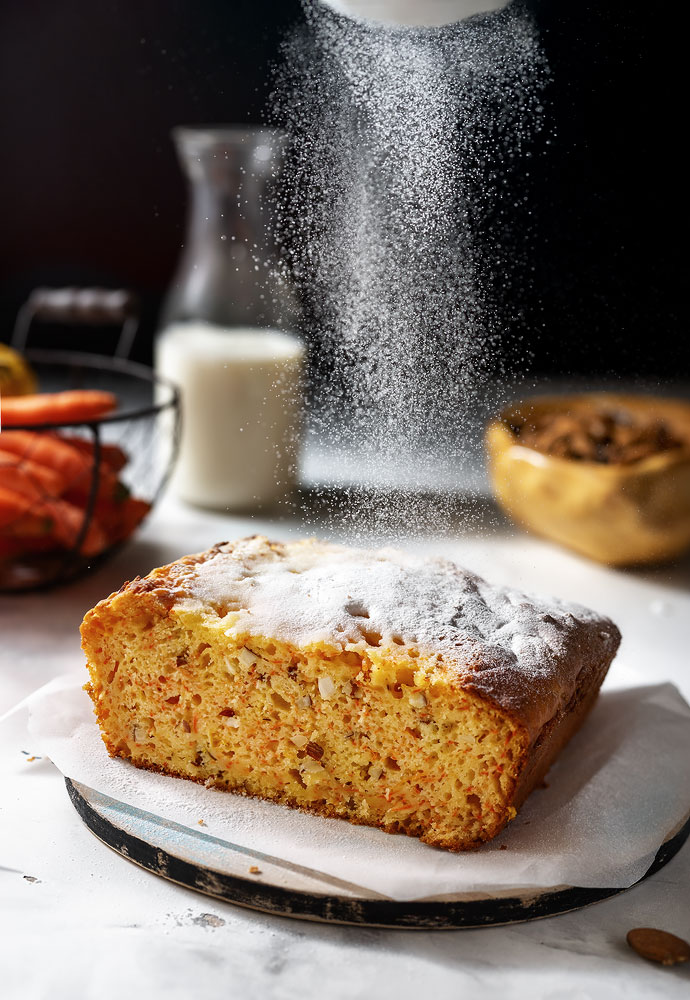 I used two 1 m² backgrounds (one as a table and the other as a back wall), a strobe flash, a 70 × 50 centimeter softbox, a reflector, a camera and a 50 mm f1.4 lens. I determined where the sandwich would lie and therefore the plane of sharpness. I put a long roll of paper in place of the bread, put the lens in manual focus mode and focused on the roll, and then I didn't change the sharpness. I didn't need the roll anymore. I put pieces of toast on the marked place and placed suspended or strung foods in the sharpness area (where the tube was standing). Of course, I originally photographed bread lying on an empty background so that it would be easy to erase objects holding my "flying" products with the help of layer masks. I made the elements of the sandwich brighter and more contrasting, and, in turn, darkened the background, adding a haze to it and highlighting the perspective. 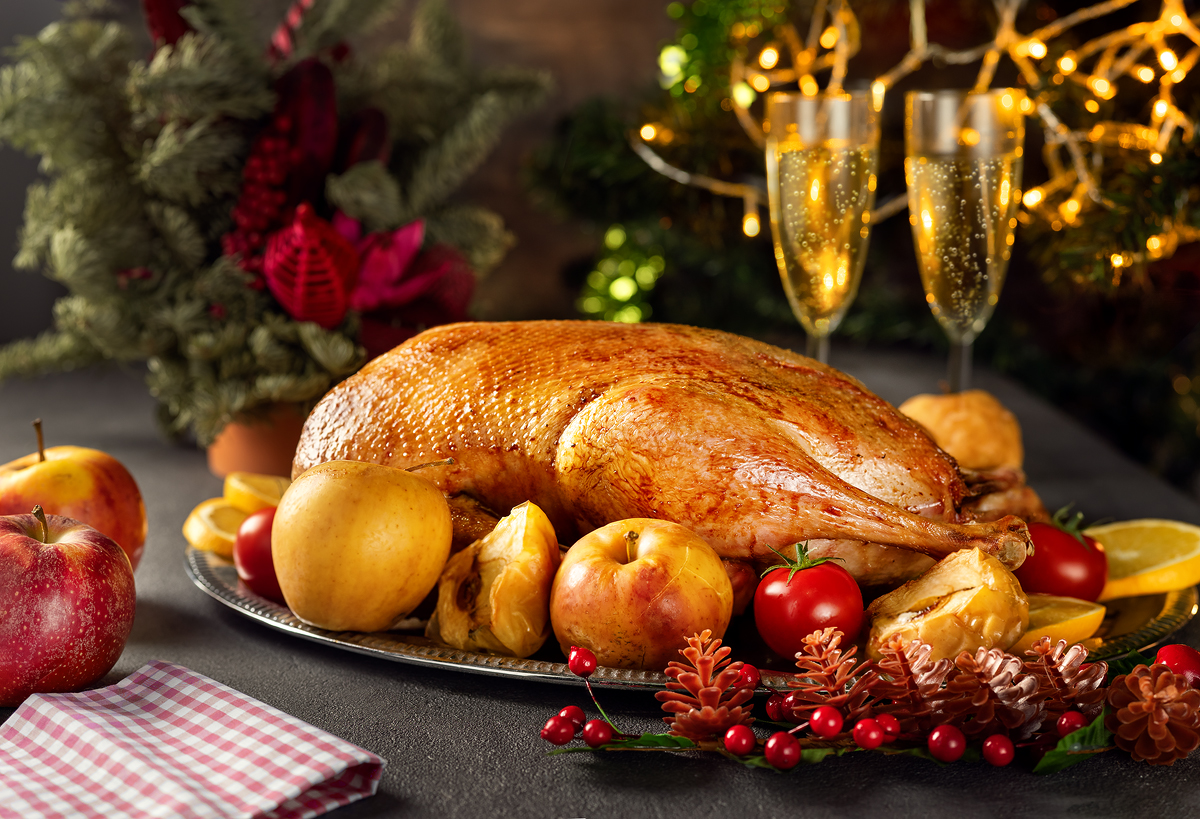 - How would you describe the genre you work in?

-I love taking pictures of rustic food, making it look like a meal cooked in the countryside, outdoors or in a country house. I like to take pictures of healthy organic food. Of course, I'm constantly evolving, and now I have more color harmony in my photos, without over-saturated shades. As Shakespeare used to say, “The sweetest honey is loathsome in its own deliciousness. And in the taste destroys the appetite. Therefore, love moderately.” 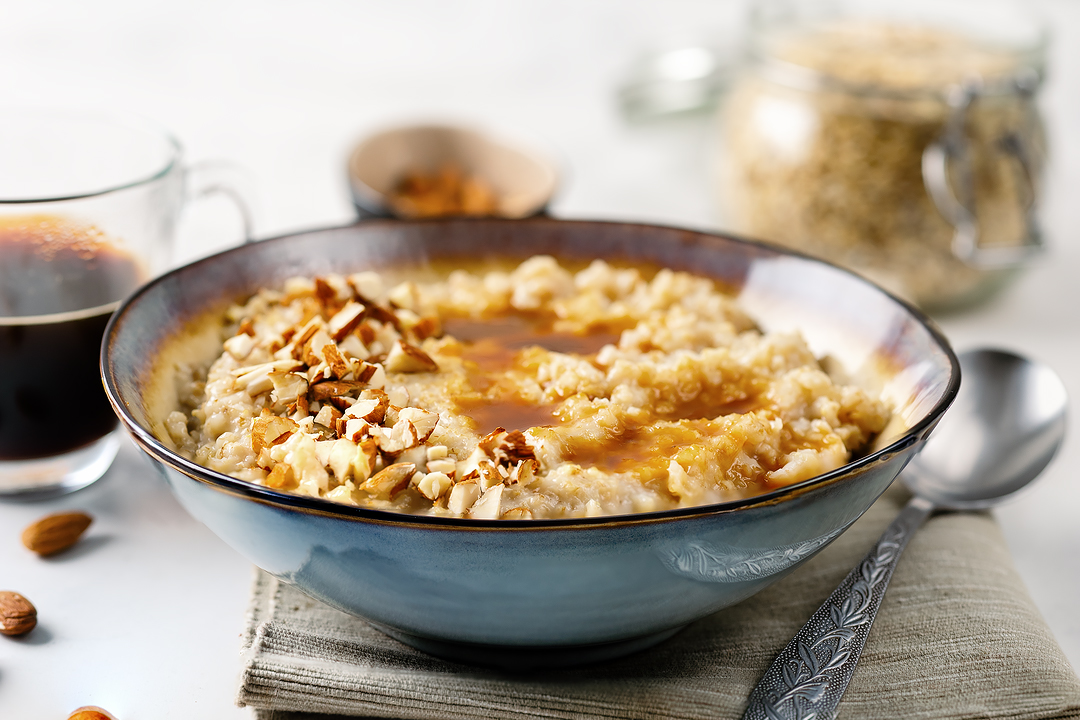 - How long does it take to create such a photograph?
-I took this picture in just two days: the first one took two or three hours to shoot without rush, and the next one took about three hours to process. I ended up with two versions of a flying sandwich.

- When did you first see a photomanipulation like this? Which photographer is your main inspiration?
-I have often seen food in levitation in advertising photography, and creating a non-standard and dynamic picture attracts the attention of the viewer. Of course, I was wondering how I could capture flying food in a photo, but the principle is the same: hang food on wires, lines, skewers. It is important to photograph an empty background beforehand, so that you can then use the layer masks to remove objects on which "flying" products are strung. I really like the works of a lot of photographers, and not just the pictures of food. I admire Annie Leibovitz and Peter Lindbergh, and of course, numerous advertising photographers such as Francesco Tonelli,  Igor Sakharov, Helen Dujardin and many others.
zum BLOG